How agencies are dealing with hard to fill positions 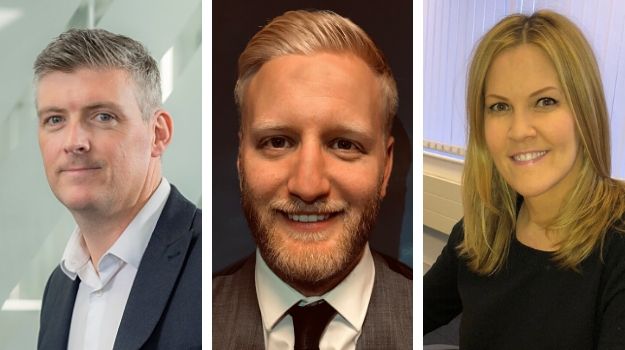 In a candidate-led market with lots more job opportunities than dentists available to fill them, you might think that dentists would find it easy to secure a job themselves.

However, it is becoming increasingly clear that recruitment agencies are essential to secure the best positions and can help save time as well as secure higher rewards for candidates.

Golden hellos are becoming more common as well as promises of higher UDA rates and relocation packages to attract dentists to positions especially in hard-to-fill parts of the country.

According to the latest Business Outlook report1 from specialist business property adviser Christie & Co published in January 2020, during last year demand outstripped supply for quality dental practices across the UK, particularly in urban and suburban locations.

In addition, the report authors warn that the shortage of associates remains ‘a key challenge for the profession and shapes the expansion strategies of many corporates and multiple practice owners’.

The market is not an easy one as Kelly Saxby, Managing Director of Green Apple Dental Recruitment, says: ‘It’s a tough job market and a candidate’s market. There are more practices looking for dentists than there are dentists looking for work.

‘One of the big factors is that people are looking for part-time roles rather than full-time. Every time we have a role it often becomes two because we have somebody who only wants to work two days a week and somebody who wants to work three. We’re having to work harder than we ever did before to fill the roles.’

Luke Arnold, Director of Recruitment Services at fellow agency Dental Elite, says: ‘The market is extremely challenging just now. I’ve never known it to be so hard in the 10 years I’ve been recruiting.

‘There is an abundance of empty positions out there. Now I have hundreds of open opportunities and only very small amounts of dentists that I’m working on behalf of. It’s been a massive shift to a candidate-centric industry.

‘The kind of talent pool that everybody is fishing in unfortunately is depleted and that is partly because of Brexit. There has been a drop in EU entrants registering. A lot of people have also returned back to their countries because of the uncertainty. I also think we don’t churn out enough UK dental graduates.’

Areas that are particularly difficult to recruit to include Hampshire and the south west, Cornwall and Devon, Yorkshire, Lincolnshire and parts of East Anglia, but agencies are coming up with ways to deal with this and advising practices about how to defy the trend and attract dentists.

Arnold says: ‘Practices have had to offer increased UDA rates, up to £13 per UDA, to try and attract people to these positions but it’s still not making the difference. There is not enough commodity to move around.

‘Golden handshakes is a big thing now, up to £20,000 golden hellos just to encourage them to come and start with a company. They build in a clause saying that if you leave within 12 or 24 months, then you’d be liable to pay some of it back on a sliding scale, but that does help sometimes.

‘It has to be delivered in the right way, explaining why there is a golden hello when you speak to the person rather that it just being on the advert.

‘Associates are very much focused on their career path so practices have to realign themselves for that. Associates want to know that they’re going to be supported in progressing their career, be able to specialise and learn new skills to evolve within the practice.’

Saxby agrees that practices will sometimes offer incentives to potential new recruits, as she explains: ‘They don’t have to, but we recommend they consider them.

‘Some practices will offer enhanced UDAs, joining bonuses or relocation packages. Occasionally a practice might say you’ll get a higher percentage of the private work once you have hit ‘x’ target. Practices, in order to be competitive and attract candidates, need to be flexible with regards to the hours worked.

‘We recommend to practices to look at a locum dentist too because often you can get a locum to travel somewhere if they are offered good rates who will work for you while you’re trying to recruit a permanent associate.

‘We have locums who have travelled, stayed away from home and then loved an area and the different lifestyle there. These could be people who changed from being in a city to working in a rural or coastal area and they decide to relocate to these practices because they can earn more money and they fall in love with the place.’

When dealing with recruitment agencies, dentists seeking a new role may have a long wish list that they are insistent on, but agencies are becoming expert on focusing on the most attractive aspects of practices and in persuading candidates to think bigger.

Samuel Beadle, Recruitment Manager for Medicruit, says: ‘It’s always tougher to persuade candidates to consider moving to areas that they were not initially

considering as an option because most candidates are set in their ways, however a good practice is always easier to upsell.

‘What I would say to a person who is looking for a job is consider moving to a further away area and think of the perks such as extra courses paid for, golden hellos, clinical freedom, and being more flexible with days and hours worked.’

‘We also consult with practices to pay higher as their practice is located within a remote area, suggesting offering golden hellos. Other extra considerations to take into account when trying to fill these posts include, will the practice offer more perks/money for those travelling further.’

Saxby adds: ‘When we’re working with a practice – independent or part of a group – the more information we can have about the practice, the better.

‘We ask for information about the computer system, patient recall, equipment, if there is parking, and how close the train stations are, what staff are there and what type of staff and how long they tend to stay, so we know USPs [unique selling points].’

New ideas are possible too, as Arnold adds: ‘Something that would also work – and I don’t see why principals don’t do it – is to consider giving associates company cars. 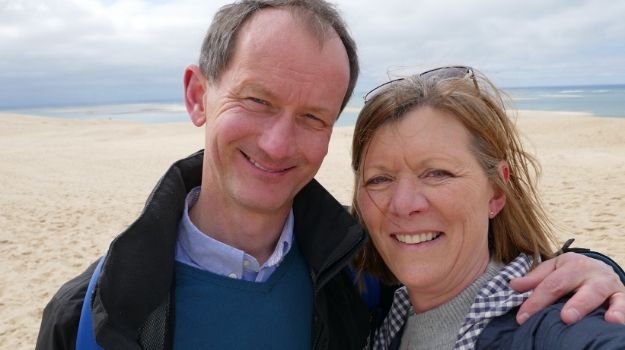 Jeff Hunt, originally from Nottingham, studied and qualified at the University of Leeds in 1983 where his wife Christine also qualified as a dentist.

After some time working as associates in the Bath area, the couple had their own practice for 25 years. They sold it in 2016, had a short break, and then started to look for new opportunities with the help of a recruitment agency.

‘I was looking to go back working part-time as an associate,’ says Hunt. ‘I started looking online for associateships and then decided to go with Green Apple in 2017.

‘They got me my first associateship which was in a place called Calne in Wiltshire and I worked there for two and a half years. After a short break, I was looking for another position and Green Apple found me my latest job which is as an associate in a mydentist practice in Shepton Mallet in Somerset.

‘My experience with Green Apple has been nothing but good and they’ve been very helpful. My wife has also used Green Apple.

‘In our area, there is a shortage and you don’t have that much of a problem in getting a position, but the useful thing in chatting to the Green Apple man was that he was able to filter out practices that you probably wouldn’t want and give us a list of ones you would.

‘I ended up choosing a practice that was a bit further than I wanted to go because I liked the practice and thought that was the most important thing. When I went to the practice I am at now, they were so keen to attract me that they gave me a golden hello – a payment of £5,000 to start.

‘With Green Apple, I’ve always spoken to the same person, which is useful, and he takes a lot of care amassing the information.

‘I put my CV up on their system and uploaded all my details on the first occasion and within a couple of hours he was on the phone to me saying he had some vacancies that he thought might be suitable. Within a day or two, we had interviews sorted out and I was on my way. It’s that quick and they are incredibly on the ball working for you.’

Ilinca Ghiaus, originally from Romania, came to work in the UK in 2007, initially as an associate in Liverpool. She is working now as a locum in Newcastle and has found the help from recruitment agencies invaluable.

‘For 10 years I worked as a full-time associate in one place and then I quit and decided to do locum work,’ she says. ‘For that position, I needed some help and a recruitment agency because there were so many places and I didn’t know where to look.

‘Somebody recommended Green Apple in 2016 and they helped me. I do short-term locum jobs all over the country and I am really flexible with the location for three or six months, or as long as they need me.

‘I trust Green Apple because I’ve only had good experiences with them. They understand what I am looking for. With a recruitment agency, it’s very easy because they have a full platform where they list a lot of jobs and they are prompt and very easy to communicate with. They always find me something.

‘I like the variety and flexibility of being a locum and I like to travel so it works well for me. The agency was very helpful and doesn’t cost me anything.’