Jobs in dentistry in the North East are less competitive than in other regions. There is strong support from Local Dental Committees and well-developed Local Dental Networks for dentists in practice. Newcastle Dental Hospital provides specialist care but there are also several hospitals offering oral and maxillofacial and dental services with good links across the North East. The Community Dental Services also have well connected clinics across the region.

Moving to the North East might be appealing professionally but what’s it actually like to live in the North East, and are there any ‘hidden bonuses’? Jonathan trained in London then worked in the Midlands and North Wales before moving to Newcastle for specialist training. Here is his guide to the North East:

After 12 years in London I decided it was time to see other parts of the country and when a post was advertised in Newcastle I came to visit and felt I could be very happy here. I’d visited the North East before when I was younger but mainly to experience the notorious nightlife. Nights out are still great fun in most of the big towns here, but since moving I’ve been able to really appreciate other aspects which make living here so enjoyable. The highlights for me would have to be:

It might be a cliché to say that people in North East are really friendly but this has probably been the aspect of moving here that I’ve loved the most. There is a genuine warmth from strangers and colleagues, and I noticed straight away that people seem more relaxed; even driving feels more peaceful up here.

Being able to live right on the river is great but being able to get out of town so quickly is a real bonus. The beaches in Northumberland are known to be some of the best in the country but there are also some great beaches south of the river Tyne which are really handy for people living in County Durham and Teesside.  Driving around the countryside in the North East it’s easy to see why people move up here and end up staying for good. 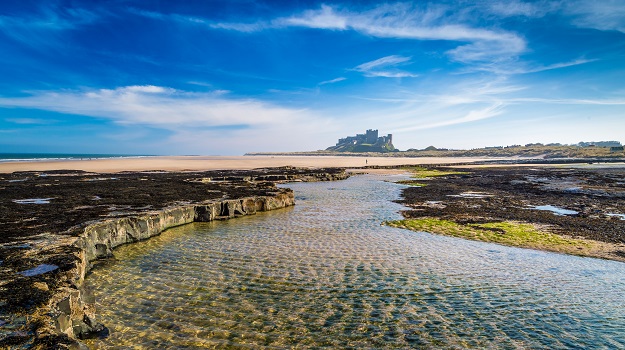 With several big towns and cities in the North East there is plenty going on. Newcastle has several large concert venues and theatres. Gateshead is home to the Sage concert venue and the BALTIC Centre for Contemporary Art amongst others. In Teesside Middlesbrough has the Middlesbrough Institute of Modern Art and Middlesbrough Town Hall hosts regular events. Durham is the cultural capital County Durham with a fantastically preserved Norman Cathedral and Castle and the historic colleges of Durham University. Big student populations ensure that a night out in the North East continues to be great fun, but there are also plenty of places for a more relaxed evening, with venues along the many rivers tending to be more relaxed.

After living in Whitechapel for four years during dental school I was pleasantly surprised to see what my money could get up here. Great, affordable apartments with riverside views a short walk from the town and city centres are pretty much standard. For people who prefer a less urban set up there are cosy villages with good access to bigger cities across the region. The biggest surprise for me after so many house moves was finding estate agents who listened to what I wanted and actively put me off viewing properties that they thought were not what I was looking for! Having reliable photos and specifications on property websites made it really easy to have a look at potential places before moving.

Overall, life is just easier up here, and with trains to London taking less than three hours and flights to lots of European cities it can feel like the best of all worlds!

Find all the latest roles in the North East here: bdjjobs.com/jobs/north-east-england