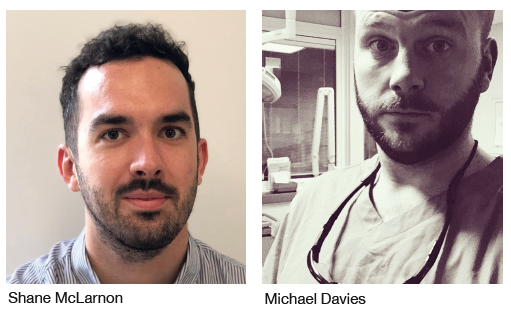 Dentistry has long been a profession in demand across the globe and as some UK practices struggle to recruit dentists here, the lure of working abroad seems to be an increasingly popular alternative.

An analysis1 of official dental workforce data published in October 2018 by Christie & Co, a specialist business property advisor covering various sectors including healthcare, found that dentist numbers in the UK have been rising steadily in the past few years – from 38,379 in 2010 to 41,704 in 2017 – but the supply of dentists is under pressure.

Some areas such as the South West, Wales and the East of England are finding it particularly difficult to recruit dentists to vacancies. As pay levels vary around the UK, the lure of working abroad can become all the more appealing with substantially higher pay levels in Australasia – sometimes 20% greater – in some areas, compared to the UK.

Australia and New Zealand are popular destinations for migrant dentists trained overseas. In Australia, for example, it is estimated that around a quarter of practising dentists are migrants, often from countries such as the UK, Republic of Ireland, and Canada. Dentists from these countries can have their qualifications directly recognised for practise and can register fully as a dentist in Australia.

Paul Holborn, director at dental recruitment firm Blue Sky People Ltd, based in Oxfordshire, says the company has been serving the international market for around 12 years. Although there is no huge ‘brain drain’ of UK dentists going to work abroad, he says, there is a steady percentage for whom this option continues to be attractive either for a temporary period or as a permanent move.

“On a really productive year for international recruitment, we may place up to 50 or so dentists in international roles,’ says Holborn. ‘The demand from the Australian and New Zealand markets in particular has stayed pretty consistent in terms of their interest in recruiting dentists from the UK market. ‘There’s been changes in recent times to the visa process for dentists looking to go to Australia and those changes have slowed down the interest to a degree because the perception is it’s more difficult to get out there, but that is not particularly the case.’

Teressa Sullivan, recruitment manager for Lumino The Dentists – New Zealand’s largest dental healthcare organisation with more than 100 practices across the country, agrees there is continuing interest in a new life down under for UK dentists. “We’ve always had a steady flow of UK clinicians wanting to talk about a New Zealand relocation. If anything, those numbers are slightly increasing year on year,’ says Sullivan.

It is not difficult to see why UK dentists would find such a move attractive as Holborn explains: ‘When you factor in the benefits – the climate and outdoor lifestyle – earnings potential and things such as cost of living expenses, they can earn a very comfortable living and probably end up with more disposable income than they would living and working here in the UK.’

Salaries are dependent on where a dentist chooses to work, he admits, with good earning potential and disposable income for dentists willing to work in smaller towns and villages.

Sullivan adds: ‘They almost entirely tell us it’s the lifestyle/quality of life that New Zealand offers that appeals to them. It is safe, temperate, with good earning potential – whilst still being able to learn and grow professionally. Having a beach within driving distance no matter where you live certainly appeals!

‘Dentists have a good quality of life in New Zealand. As long as a clinician is comfortable discussing treatment plans and options with their patients, they will do well.’

The demand for UK dentists is very much alive and the process is still relatively easy to navigate, according to Chris Williams, General Manager of Maven Dental Group in Australia.

‘Dentists with UK experience and training are readily available to work in Australia and obtain registration with no further bridging exams required,’ he explains.

‘They typically are quite mobile, work fast, have a great work ethic and are clinically well trained. It is our experience that they

deliver a great patient experience and are very personable with our patients.’

Maven has more than 450 dentists in its workforce, the majority of whom are Australian trained, but around 5% of the workforce are UK trained dentists.

‘This [proportion] has increased over the past few years mainly due to our interest in UK dentists and our willingness to ‘sponsor’ dentists from the UK as a pathway to permanent residency. ‘We would like to see this number increase, hence our recent presence for the first time at the BDIA Showcase event in London in October. This was very successful with over 25 dentists and specialists registering interest.

‘Some of the UK dentists that joined us on a working visa now are permanently working in Australia and a few have taken roles as lead dentists with profit share arrangements and management opportunities. There’s typically about 20% higher remuneration opportunity if you join the right practice and right location.’

UK dentists are seen as a desirable resource to other countries, says Holborn: ‘The clinical skills are held in high regard and clinical throughput as well.’

‘There is an agreement, so a UK graduate dentist is able to register with the Australian Dental Council or New Zealand Dental

Council without having to sit any exams and because of the English language skills, that makes it very easy.’

Settling in abroad is challenging but most of the dentists that Blue Sky help to relocate there are ready for the change.

Dentists who make the decision to move are supported in various ways, as Holborn explains: ‘We’ve got long established relationships with employers that are recruiting in Australia and New Zealand.

‘The clients that we work with are used to recruiting from within the UK pool, so they are competent in supporting people,

integrating them, making sure they’ve got a good list and good earnings potential when they get out there.

‘In some cases, they will put together a package for relocation assistance to support people depending on their own circumstances. They will also take people through the visa process and through sponsorship.’

Lumino is also keen to ensure dentists making the choice to move half way around the world are supported, as Sullivan says: ‘If an individual is relocating permanently, we work with them around the support they might need.

‘This could be everything from helping with a specific kind of job offer to obtain a visa, to certain locations they would love to work and live.’

Dissatisfaction with how dentistry operates within the UK was part of the reason that Michael Davies (aged 32), originally from Ingleby Barwick, near Middlesbrough, decided to move to Australia for work.

Davies, who trained at the Leeds Dental Institute before graduating in 2015, says: ‘I moved over to Australia in June 2018. I chose Australia as I did my dental elective here and loved the place, plus I had a good network of friends.

‘The reasons for my leaving the UK were two-fold – firstly, although I liked being one, I found NHS dentistry very tough – lots of patients, stress, pressure and limited job satisfaction.

‘So I wanted to try something different to reflect on whether NHS dentistry was a viable long-term option for me. Secondly, I’ve always wanted to work outside the UK.’ There was a ‘seemingly endless amount of paperwork’ to be completed for registration and other licenses, he admits, but the move has been good.

‘I’ve been in Australia a few months and I am settling in well. I live in Brisbane currently which is a great city, great weather and not as ludicrously expensive as Sydney and Melbourne.

‘I’m at the beach most weekends, relax on my rooftop pool after work each day so life is good.’

Shane McLarnon (aged 26) from Randalstown in County Antrim, Northern Ireland, is another convert to life down under. After graduating from University of  Liverpool in 2015, he spent his first years working in a primarily NHS practice near Manchester.

‘Having gained some good experience in the UK, I wanted a new challenge whilst having the opportunity to explore a country,’ says McLarnon who left the UK in January 2018.

‘Before I arrived, I had managed to set up a few interviews in Brisbane. I managed to get part-time jobs and I am now working for a corporate as a locum in Sydney and surrounding areas.

‘I’ve really enjoyed my time working in Australia and the knowledge I have gained I hope to implement and apply further throughout my career.’

The different approach to dental care in Australian has impressed him, as he adds: ‘The longer face to face time per appointment – 30-minute check-ups in comparison to 10 minutes in the UK – allows a much more holistic approach to patient care.

‘There is different style of dentistry in Australia where patient loyalty is a much valued commodity. I have purposely chosen jobs that do not have long term contracts, allowing me to work in as much of the country as possible whilst giving me time to travel and explore.’ 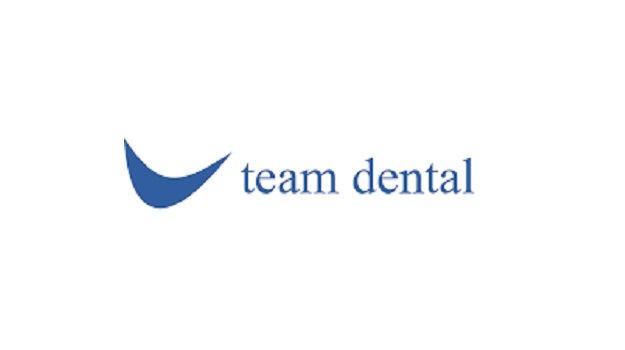 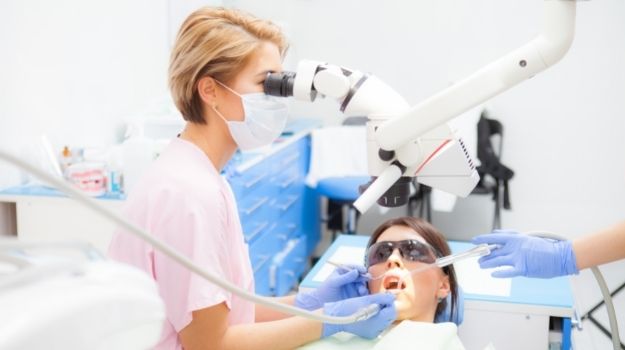